Sent from my SM-N960F using Tapatalk

Sent from my SM-N960F using Tapatalk

Sent from my SM-N960F using Tapatalk
And as thy days, so shall thy strength be
Top

Op n ander forum raakgelees:
SW powders are manufactured by Explosia a.s. in the Semtin region of the Czech Republic. (Yes, the part of the world that gave us, Black September, the Provisional IRA etc 'Semtex' 30, 40 years ago!) We in Europe get them as Lovex brand powders. They come in two groups: SO-XX single-based extruded; DO-XX double-based, mostly 'spherical' and a few extruded in both rifle and pistol grades. Shooters World is only using part of the range and has renamed those grades it has selected.

They're not entirely new to the USA. If you ever used Accurate Arms powders in the days when it was an independent prior to being bought by Western Powders of Montana, most AA grades were Explosia/Lovex sourced and renamed with AA's 4-numeric description. After Western got AA it changed suppliers with most of its 'ball' types (Ramshot alongside 'Accurate' made by Eurenco P B Clermont in Belgium, a world leader in this type of propellant; some 'ball' from General Dynamics St. Marks Powder Co. in Florida; most or all extruded from General Dynamics Vallyfield, Quebec Province, Canada (which makes 90%+ of the IMR grades for Hodgdon).

SW's website has links to Explosia's 'Lovex' web pages and gives access to European CIP loads data for the whole Lovex range. Do NOT believe some entries in the burning rate chart from this source especially that of Lovex SO-65 (SW 'Long Rifle') which says it's equivalent to H. VarGet - it's not and is a poor VarGet replacement in 308 Win, far too slow burning and bulky. SW's site gives the links between SW and Lovex names. eg SW 'Precision' = Lovex SO-62 which in turn was sold in the US as AA-4064 until the Western takeover and remains close to today's Canadian IMR-4064 / Accurate-4064 in actual performance and applications.SW is redoing the data for the grades it has selected and providing it for cartridges that appeal to US and UK shooters and are missing from the eastern European tables. SW's burning rate chart is much better than Explosia's / Lovex's to get an idea of possible applications.

I like the single-based extruded Lovex powders a lot, the ball types a lot less so. Unless Explosia has updated them recently, they're hot, dirty burners and leave a hard fouling crust on case necks that pre STM, ultrasonic cleaning needed harsh mechanical abrasive cleaning methods.

SW 'Match Rifle' is Lovex DO-73.6 and similar to Accurate-2520 but nothing like as clean burning. It does give VERY high MVs and good groups though in some applications and is pretty popular in the UK for that reason.

SW 'Tactical Rifle' is Lovex DO-73.1 and has no direct equivalent. Apparently a step slower burning than today's Accurate-2230

SW 'Precision' is Lovex SO-62 and used to be AA-4064. A vice free traditional longish grain powder that does the same job as IMR-4064 in the same cartridges. That is a good performer and very flexible. An excellent 308 Win grade, but whether it'd produce H4895 and VarGet MVs I couldn't say and it'll likely have 'traditional' single-based extruded temperature sensitivity,

SW 'Long Rifle' is Lovex SO-65 extruded and has no old or new Accurate equivalent. A good powder for roomy cases that need a powder whose burning rate matches the fastest of the 4350s - 7X64mm Brennecke, 7X57mm Mauser, mid-size 6.5s and suchlike. SW says it's excellent in 6.5 Creedmoor which I could well believe.

'SW4350' is the old pre Western AA-4350 and is SO-70 in Explosia's Lovex charts. As AA-4350, it was the slowest burning of the 4350 trio, almost overlapping with faster lots of 4831 and this still seems to apply. This limits its MVs in some of the smaller case numbers that use powders in this burning rate band such as 6.5 Creedmoor and 260 Rem and would be no good at all in 6.5X47L and suchlike.

One other possible grade that may be of interest to rifle shooters is SW 'Buffalo Rifle' (Lovex DO-60) a stubby extruded specialist double-based grade for large calibre BPCR cartridges, lead bullet rifle shooters, downloaded cartridges. This is the old Accurate Arms days AA-5744 designed to give black powder pressures in the 19th century single-shot rimmed numbers of 40 to 50 calibre, but has lots of other uses. (Western still lists its Accurate-5744 sourced from I know not where.) 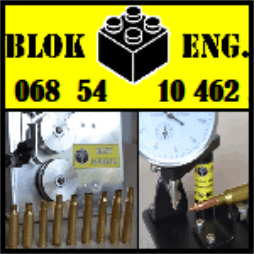